Message from the Elders – The Elders unveil the Doomsday Clock: it is now 100 seconds to midnight 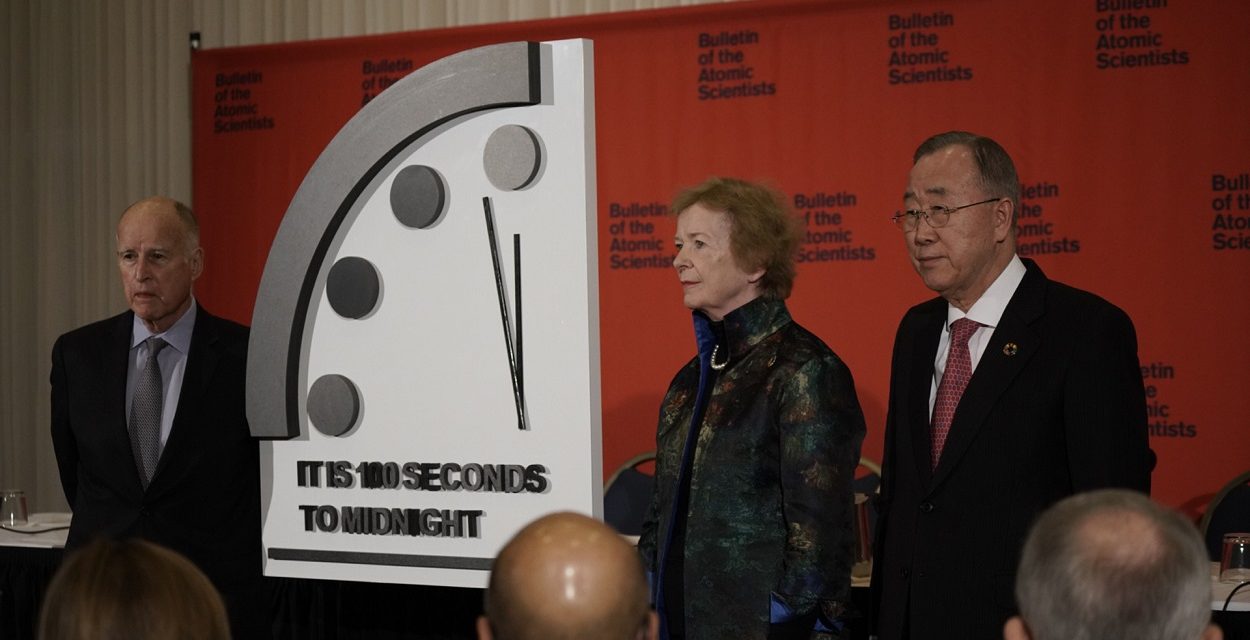 The Elders call on the world to wake up to the threats of nuclear war and climate disaster as they unveil the 2020 Doomsday Clock.

The Clock’s hands were moved forward to 100 seconds to midnight – the closest to midnight they have been since they were first set in 1947. The decision takes into account the precarious state of nuclear arms controls, the growing threat of climate disaster, and how these can be compounded by disruptive new technologies.

“Our planet faces two concurrent existential threats: the climate crisis and nuclear weapons. We are faced by a gathering storm of extinction-level consequences, and time is running out,” Mary Robinson said.

The Elders specifically called on President Trump to respond to Russian President Vladimir Putin’s offer to open negotiations on New START, which will expire in February 2021 unless the agreement between Washington and Moscow is extended.

Following the termination of the Intermediate-Range Nuclear Forces (INF) Treaty in July 2019, the end of New START would mean there was no remaining arms control treaty in force between the United States and Russia, raising the prospect of a new nuclear arms race.

The Elders reiterated their proposals for a “nuclear minimisation” agenda as the best way of making progress towards complete disarmament by the five Permanent Members of the UN Security Council and all other nuclear powers.

Ban Ki-moon warned that the threat of catastrophe is being exacerbated by attacks on, and disregard for, the multilateral rules-based system:

“The existential risks of nuclear conflagration and climate change are increasing just as the decision-making frameworks to address them are unravelling. From the US withdrawal from the Paris Agreement and the Iran Nuclear Deal to deadlock on nuclear disarmament talks and division at the UN Security Council, our mechanisms for collaboration are being undermined when we need them most.”

On the climate emergency, Mary Robinson called for a change of mindset if the world is to tackle the threat effectively:

“The science of the climate crisis makes it imperative that we take urgent action in 2020.  We need a change of mindset in politics, finance, business and civil society, one that enables us to keep temperature rises at or below 1.5°C, whilst protecting the rights, dignity and livelihoods of those affected by the shift to a carbon neutral economy. Not to do so will be a death sentence for humanity.”

The Elders believe 2020 is a crucial year to defend and revitalise the multilateral system’s ability to address the threats of nuclear and climate catastrophe, as the world marks the 75th anniversary of the founding of the United Nations.

“There is an opportunity in 2020 for the world to renew its commitment to multilateralism – to create the foundations for a just transition to a carbon net zero economy, and redouble our efforts towards a world free of nuclear weapons.” Ban Ki-moon said.

Featured Image: Mary Robinson and Ban Ki-moon and Jerry Brown (left) at the unveiling of the 2020 Doomsday Clock. (Jerry Brown is a Former California Governor, executive chair, Bulletin of the Atomic Scientists.) 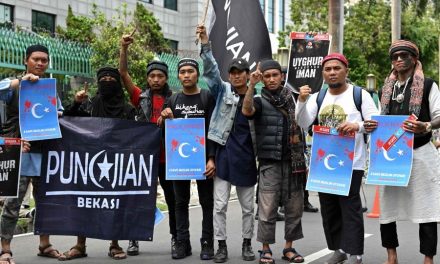 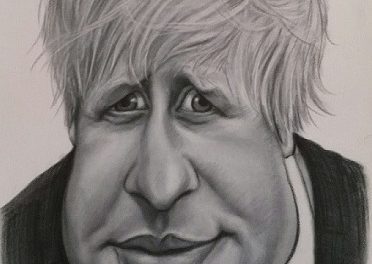